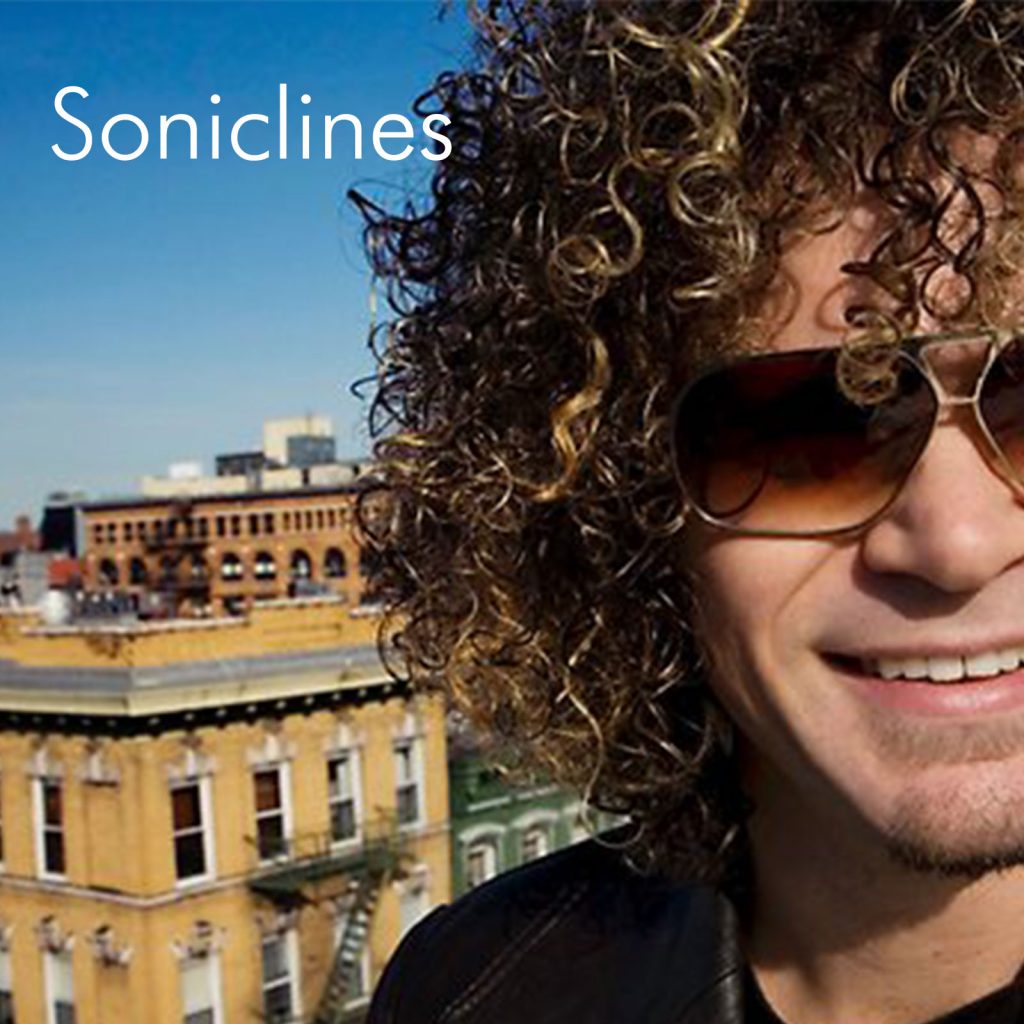 What happens when you combine the talents of a rock star, a virtuosic soloist and a didgeridoo legend?

Born from a chance meeting at the legendary New York Hotel Chelsea, the new music group Soniclines pushes the boundaries of pop, rock, folk and electronica.

Drawing from their diverse cultural backgrounds of Celtic, Latin American and Australian Indigenous influences, this unique trio of troubadors are creating music that is haunting, seductive and uplifting.

From celebrating the beauty of womanhood and living in the moment to confronting the deep social issues of our time and times past, Soniclines offers that rare commodity of something for everyone, an eclectic yet cohesive fusion.

Drawing on the land lines of the Aboriginal Dreamtime, the song lines of the Celtic tradition and the famous Latin American Nazca lines, Soniclines creates an unmatchable contemporary musical experience.

Following the meeting of guitarist Anthony Garcia and singer/instrumentalist Tyrone Noonan at the Chelsea (Tyrone having flown in that day and Anthony enjoying his last night in New York!), the pair decided to invite 2012 ARIA Classical Award winner William Barton to collaborate.

After much joyous improvisation, they got down to work and started to create the songs which formed the basis of their debut sellout performance at the Brisbane Powerhouse Theatre in early 2012, resulting in a decision to record.

Soniclines’ music will make you laugh, cry, dance and stop you in your tracks as it celebrates all the foibles and majesty of the human experience.