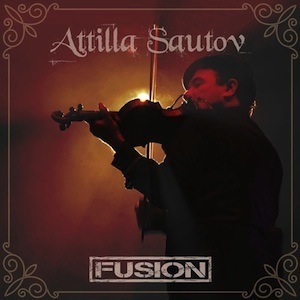 For the first time Internationally acclaimed violinist, Alix Serkisyan, teams up with his Symphonic Rock Ensemble for a one night only event at Mueller Performing Arts Centre on Friday 7 November, 2014 from 7pm.

This special family show will see Attilla play his 202 year old French violin made by Nicolas Lupot along with a modern electric violin. Bowing up a STORM, he will lead his ensemble in an evening of classical rock fusion with unique interpretations of Michael Jackson’s Smooth Criminal and Heal The World, Coldplay’s Viva la Vida and

Tico Tico for four violins and band, Monti’s Czardas with gypsy dancers, Vivaldi’s Storm from The Four Seasons, Palladio by Karl Jenkins, Irish folk tune Toss the Feathers with Liat Ham, Bach’s Air and John Williams’ Theme from Schindler’s List. Two Hungarian sopranos, Judit V. Molnar and Anna Butterworth, will sing the Lakme Flower Duet by Leo Delibes as well as Carmen Habanera and Ave Maria by Caccini. Guest Jazz soloist Bronte Paterson will sing for you one of her best song after you will hear Attilla and Jade Eldridge play of Sarasate’s Navarra for two violins, Renat Yusupov will perform Korsakov’s Flight of the Bumblebee on cello all with the backing support of the Symphonic Rock Ensemble.

Alix was born in Tashkent and began to play the violin at the age of four, taught initially by his father. At the age of five he played his first recital, and by six had completed his first concert performance playing the Vivaldi and Bach Concertos.

Alix came to prominence when he entered and won prestigious competitions including the Stolyarsky Pan Soviet Violin Competition (at twelve years of age) and the China International at seventeen.

Alix has been a member and concertmaster of several orchestras in Europe. In 2000 he performed with Philharmonic of Nations in Budapest, Kiev, Moscow, China, Beirut, Czechoslovakia, and Poland. From 2002 – 2005 he was the Concertmaster of the Cologne New Philharmonic Chamber Orchestra, performing with it in Gibraltar, Spain, Australia, Andorra, France, Belgium, Canada, England, Denmark, Norway and Germany.

Alix’s career has included performances on all continents, and in 40 countries, with all the major orchestras and with many leading chamber musicians. His repertoire is immense, and includes some of the most powerful, impassioned music ever composed, by the likes of Paganini, Mozart, Haydn, Beethoven, Bruch and Tchaikovsky and Sarasate to name a few.