Into the big world 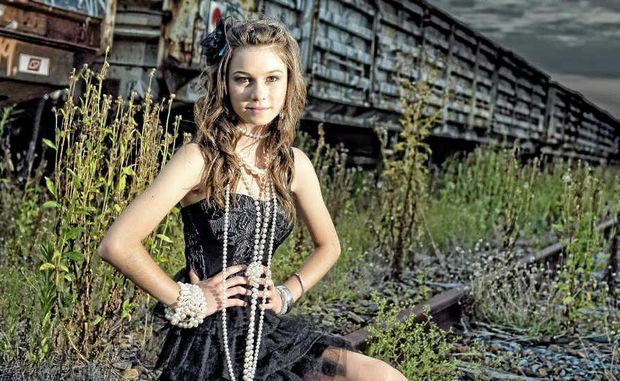 August 9, 2012
Caitlyn Shadbolt
Independent
Producer: James Russell
PRODUCED, EDITED AND MIXED
1.Til I met You
2.Into the big world
3.Do I
4.Run

The four-track EP, titled Into the Big World, is out and on the shelves at Gympie Musicland in Mary St and Simo’s Music on Hyne St.

Into the Big World showcases the 16-year-old’s mature song writing and vocal abilities. It was recorded at Heliport Studios in Buderim, with some “awesome” session musicians.

As well as focusing on promoting her EP with her band, Aiming High, Caitlyn is heading into her final year at Gympie High School and taking on an extra music subject.

“This year I’ll be trying to juggle everything. I will be doing three music subjects, English, maths, hospitality and business. Seven subjects instead of six because I’ve chosen to do a music extension and didn’t want to drop anything,” she said.

Tracks on Into the Big World include the title track, ‘Till I Met You, Do Iand Run. It has been described as country pop, ready for mainstream and country music markets.

“I suppose you can say the EP symbolises my next step – moving out into the big world.

“When we head down to Tamworth there will be an official EP release. We’ll be taking it to radio stations and see where we go from there.”